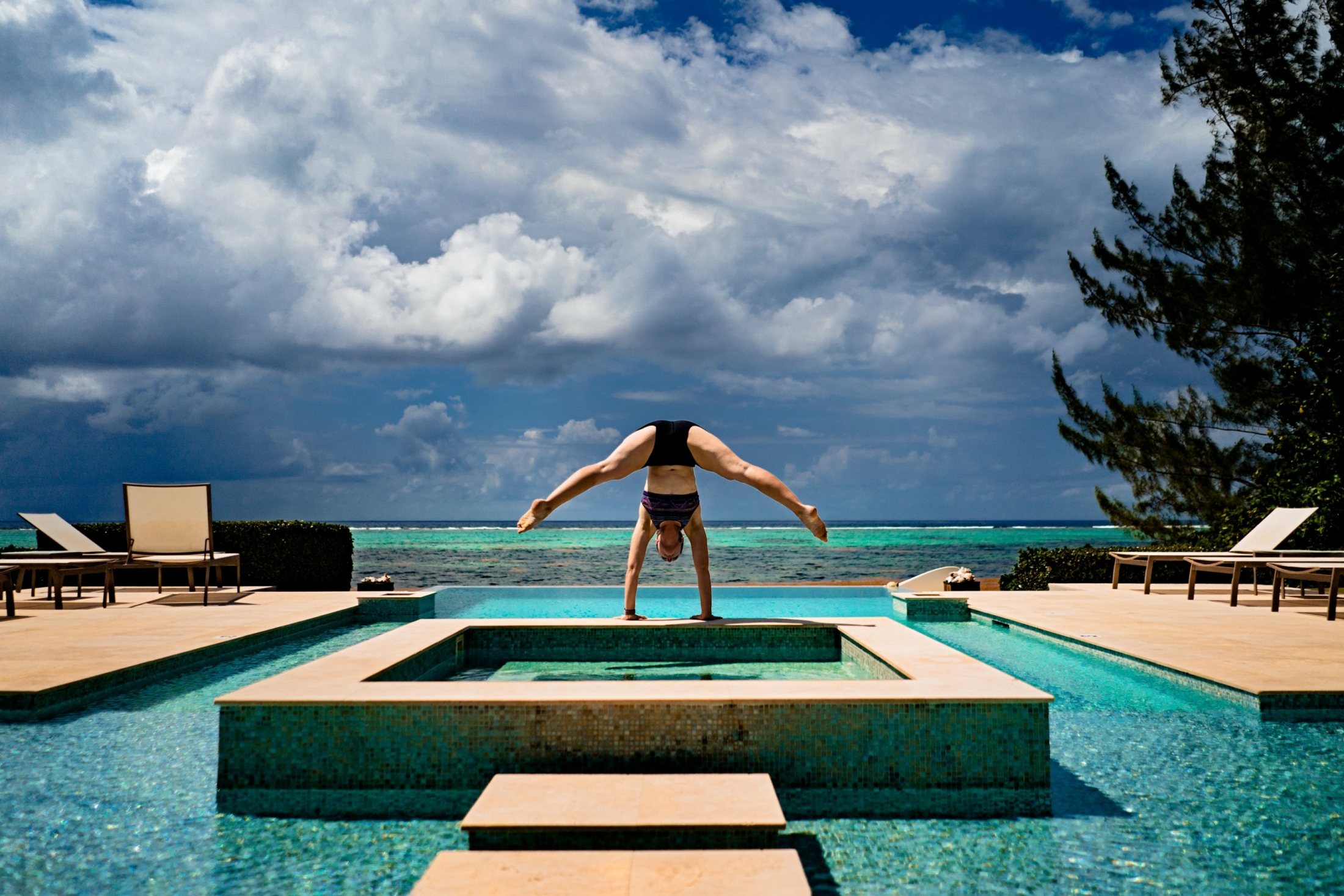 I was baptized three times as a child, but only one of those times was in a church. The other two times occurred in Arrowhead Provincial Park and in my Great Aunt Thelma’s backyard pool, respectively. The Arrowhead Park story is fodder for its own email one day. It involves almost tumbling over a waterfall.

For now, let’s head to my Great Aunt Thelma’s backyard pool, which was the site of the daily swim lessons my Dad gave my siblings and me during our summer visits. To a 5-year-old, Great Aunt Thelma’s pool was HUGE and deep. But, in reality, it was maybe 10 to 15 feet long. My older siblings were already at the stage where they were swimming lengths with almost perfect front crawl form. And although I was the youngest, I was a late bloomer when it came to swimming. I would spend the entire lessons clinging on for dear life to the side of the pool, terrified to let go. I was quite content with my Dad spending all his time teaching my siblings, James and Carlye. I would splash, kick my legs, and basically do my own thing for the entire lesson, as long as I could touch the bottom or hold the side. And, I was quite happy for things to remain this way. Every once in a while my Dad would try to get me in the deeper water. No damn way that was happening! I would scream bloody murder as soon as I was forced to let go of the side. My Dad would go back to teaching James and Carlye, who didn’t illicit the same shrill tenor as I did.

I’m not sure how long this went on. It could have been days. It could have been weeks. It might have just been an hour. My memory does not afford me this luxury. I just know that at some point my Dad made a decision: I needed to learn to swim. It wasn’t an option not to learn. And the only way to learn swimming is to actually swim (kind of like many photography skills). So, a little tough love was in order. I thought it was just another, regular day, learning to swim in Great Aunt Thelma’s pool, hanging onto the side, watching my brother and sister swim laps. But, this time it would be different.

“Erika, every time you scream, I’m going to dunk you underwater,” explained my determined Dad. He then pried my hands off the edge of the pool. I screamed. And you guessed it, I got dunked underwater. I would come up after being dunked, hardly understanding what had happened and thoroughly pissed off. So, naturally, I would scream again. And again, I would feel a firm hand on the top of my head pushing me under the surface. This happened a few times before I realized, I better not scream anymore. Instead, I felt sorry for myself. I don’t actually remember feeling sorry for myself, but I know I did. What I do remember is temporarily disliking my Dad. I also remember that he eventually won. His trick worked and I finally learned how to swim, silently kicking and screaming until I found my stride. Less than 12 years later  I was getting paid $12 an hour as a lifeguard (and I Iiked my Dad again.) All it took was a few forceful dunks under the surface.

The parallels to our real lives are easy enough to figure out. But, if you need some guidance: Go and give yourself a few forceful dunks underwater. You might inhale some water and get that really uncomfortable feeling of water up your nose. You might be pissed the hell off. You might feel sorry for yourself. You might temporarily dislike yourself. But sometimes it’s the only way to actually make the leap. 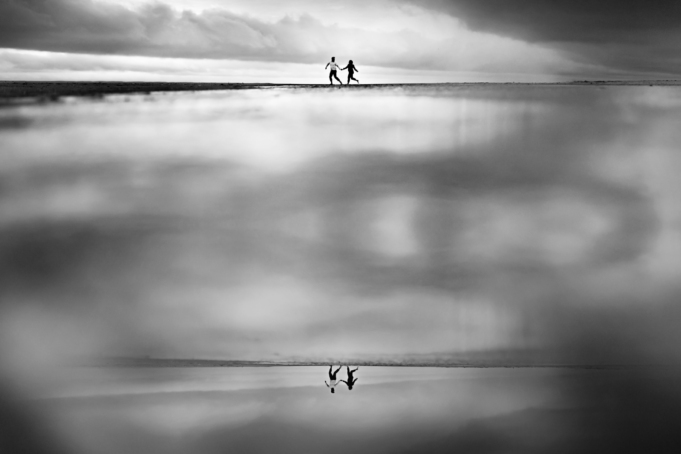 A New Word for an Old Feeling

The Short and Sweet Truth